Christian Reflections: What Is the Value and Meaning of Life?

I saw an allegory on my cellphone, it was illuminating to me, and I want to share it with you. Alexander the GreatIt is about Alexander the Great. He was one of the most successful military commanders in history. He fell ill on the way back after winning a war. He told the officers and men his last three wishes before he died: First, his coffin must be carried back by his doctors. Next, gold, silver and precious stones must be scattered on the way of carrying his coffin to the tomb. Last, his hands must be placed outside the coffin. The officers and men didn’t understand why Alexander asked them to do so. So, he told them the purpose of doing such things was to tell the world three lessons: Firstly, no matter how masterly the doctors’ skills are, they cannot save anyone’s life or decide anyone’s life and death. Secondly, man shouldn’t chase after money or wealth, because it is meaningless to do so, which just is a waste of time. Last, just as man come into the world empty-handed, he dies with his hands empty, taking nothing away. Then, he passed away…. This allegory gave us food for thought: Even if we are possessed of all wealth and power in our life, what value do they have when death comes upon us? What is truly valuable for us and is worth seeking?

Alexander passed away with regret. On his deathbed, he used his personal experiences to admonish the world: It is of no benefit for man to spend his life pursuing money. Even if he has a lot of money, it cannot save his life. So it is meaningless. When death comes upon him, he will still depart from this world with empty hands and take nothing away. Just as the Lord Jesus said: “For what is a man profited, if he shall gain the whole world, and lose his own soul? or what shall a man give in exchange for his soul?” (Matthew 16:26). Even though King Alexander told the later generations to learn lessons from his personal experiences and to avoid repeating his mistakes, the sad fact is that none of us come to realize the truth, but still walk in the path of Alexander. We are often busy doing the work from morning till night and even use every possible means to make more money. I can’t help thinking of the words of God: “Those who die take with them the stories of the living, and those who are living repeat the same tragic history of those who have died.” God’s words reveal the sorrow of us corrupt mankind. A generation goes and another generation comes. But what doesn’t change is that everyone lives in order to chase after money. I can’t help thinking of my father.

As long as I could remember, to my impression, it seemed that my father had been keeping working round the clock to struggle for money. One day, he suddenly fell in a faint. Then he didn’t revive himself again. My father’s sudden death made my family feel extremely grieved and we could hardly accept it. The people around us also sighed, “How can a man die so easily? He just slips away. Alas, what is the use of earning more money if a person loses his life? In the end, isn’t he still empty-handed….” I felt heart-broken for my father’s passing away. He worked busily for half of his life to earn money to support my family. In the end, he ended up with empty hands. He passed away so suddenly before he could see me grow up, get married and start careers. And I have not been filial toward him.

Later, I accepted God’s kingdom gospel. I saw God’s words: “People spend their lives chasing after money and fame; they clutch at these straws, thinking they are their only means of support, as if by having them they could keep on living, could exempt themselves from death. But only when they are close to dying do they realize how distant these things are from them, how weak they are in the face of death, how easily they shatter, how lonely and helpless they are, with nowhere to turn. They realize that life cannot be bought with money or fame, that no matter how wealthy a person is, no matter how lofty his or her position is, all people are equally poor and inconsequential in the face of death. They realize that money cannot buy life, that fame cannot erase death, that neither money nor fame can lengthen a person’s life by a single minute, a single second.” “Though the various survival skills that people spend their lives mastering can offer an abundance of material comforts, they never bring one’s heart true peace and consolation, but instead make people constantly lose their direction, have difficulty controlling themselves, miss every opportunity to learn the meaning of life; and they create an undercurrent of trouble about how to properly face death. In this way, people’s lives are ruined.” While reading God’s words, I couldn’t help but lose myself in thought: We are busy struggling for the sake of money and fame every day. It seems that we are indifferent to the things that have nothing to do with earning money. All we are thinking is how to earn more money. Our bodies are being gradually consumed. We contemplate our life occasionally for a second: What is the significance of doing this? Why is man alive? What is the value of life? But before we seek out the answers, we have been swept away by the evil social trends rapidly and continue to bustle about…. Although we know what money gives us is nothing but temporary enjoyment and comfort or endless misery, we can’t free ourselves from this. As a result, we are forced to only go with the stream. It is not until our bodies are exhausted for overwork that we will begin to regret and fear. Only when we are close to dying will we wake up: No matter how much money we have, our lives can’t be bought back with it.

We don’t have the capability to transcend ourselves. So, who can help us to shake off the chains of money?read I saw God’s words saying: “There is a simplest way to free oneself from this state: to bid farewell to one’s former way of living, to say goodbye to one’s previous goals in life, to summarize and analyze one’s previous lifestyle, philosophy, pursuits, desires, and ideals, and then to compare them with God’s will and demands for man, and see whether any of them is consistent with God’s will and demands, whether any of them delivers the right values of life, leads one to a greater understanding of the truth, and allows one to live with humanity and human likeness. When you repeatedly investigate and carefully dissect the various goals of life that people pursue and their various different ways of living, you will find that not one of them fits the Creator’s original intention when He created humanity. All of them draw people away from the Creator’s sovereignty and care; they are all pits into which humanity falls, and which lead them to hell. After you recognize this, your task is to lay aside your old view of life, stay far from various traps, let God take charge of your life and make arrangements for you, try only to submit to God’s orchestrations and guidance, to have no choice, and to become a person who worships God.” It is because we are tempted and corrupted by Satan that we live in great bitterness. Satan’s rules of living have become our life, such as “Money makes the mare go,” “Money is first,” “Money isn’t everything but without money you can’t do anything.” We attain our sustenance from Satan’s rules of living, willingly expending everything for it, including all of our energy, becoming Satan’s puppets and slaves of money. If we want to throw the shackles of money off, shake off all the emptiness and pains of life, and live a valuable and meaningful life, then we must give up our previous view of life and value, come before God and obey His sovereignty and arrangements. Only in this way can we walk on the right way of human life and attain the true peace and happiness. God is almighty and everything is controlled in the hands of God. As long as we rely on and look up to God, we will be able to break free from Satan’s shackles and control, attain the guidance of God, and live in the light steadfastly and calmly.

It is recorded in the Bible that Job was perfect and upright and that he feared God and shunned evil. Satan enticed and tempted him: All of his properties were taken from him by robbers in just one day. His children suffered disasters. The illness came upon him. However, he didn’t complain against God but submitted to His sovereignty and arrangements. He prostrated himself on the ground and prayed to God, saying, “Naked came I out of my mother’s womb, and naked shall I return thither: Jehovah gave, and Jehovah has taken away; blessed be the name of Jehovah” (Job 1:21). Job stood firm in his testimony, glorifying God and shaming Satan. God revealed Himself to Job and spoke to Job in the wind, which made Job have an even deeper knowledge of Him and understand it was the greatest value and meaning of life for a creation to bear witness to and glorify God. Finally, Job gained God’s blessings and his property and life expectancy doubled. At last he died, full of days. Job’s testimony makes us realize how to live a valuable and meaningful life, and find the right direction of life. We shall not live for money, fame or vanity, but should fear and worship God, live by His words and walk the God-fearing, evil-shunning way, so that we can gain His blessings and live out a life of value and meaning.

Previous: God Is Always at Our Side

Next: Why the Life Force of Grass Is So Strong

And I saw the beast, and the kings of the earth, and their armies, gathered together to make war against him that sat on the horse, and against his army. And the beast was taken, and with him the false prophet that worked miracles before him, with which he dec...

The Origin of Animals’ Names

When I was a child, I was very curious when hearing grown-ups call various animals, such as lion, tiger, elephant, peacock, cat, dog, rabbit, eagle and so on. How come they are called these names? Who gave names to them? So, I went to ask my grandfather and gr... 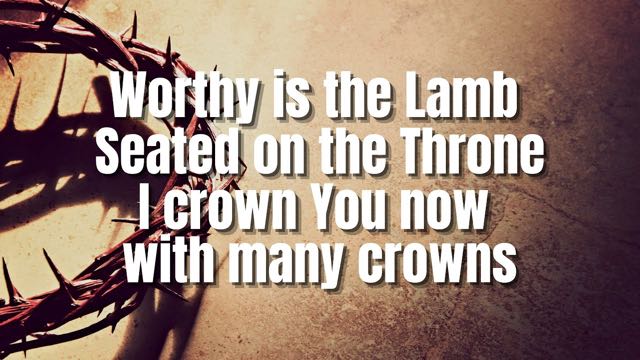 Worthy Is The Lamb

Luke 1:31-33 And, behold, you shall conceive in your womb, and bring forth a son, and shall call his name JESUS. He shall be great, and shall be called the Son of the Highest: and the Lord God shall give to him the throne of his father David: And he shall r...