Why the Life Force of Grass Is So Strong

The Life Force of Grass Is Really Great!

Lush grass on the plains,

in one year, withers and thrives once each.

Wildfire does not burn it completely;

a fine jade-green stretches to a ruined city.

Once more I see off a nobleman;

the lush grasses full of the emotion of departure.

It’s a poem by Bai Juyi, which I learnt in elementary school. At that time, through my teacher’s explanation, I understood: The point of this poem is that the life force of weeds is very strong and tenacious. Even though burned up by a fire in autumn, it will grow exuberantly again from the charred roots when next spring comes. The poem figuratively describes the tenacious and inextinguishable life force. Especially when reading the verse “Wildfire does not burn it completely; when spring winds blow, it lives again,” we are very envious that grass can have such a tenacious life force. I always use this word to encourage myself that only tenacious efforts can lead me to success.

One day, I read a passage of Almighty God’s words, and then the doubt in my heart was removed. Almighty God says, “‘And God said, Let the earth bring forth grass, the herb yielding seed, and the fruit tree yielding fruit after his kind, whose seed is in itself, on the earth: and it was so.’ While God was speaking, all these things came into being following the thoughts of God, and in an instant, an assortment of delicate little life forms were unsteadily poking their heads up through the soil, and before they had even shaken the bits of dirt from their bodies they were eagerly waving to each other in greeting, nodding and smiling to the world. They thanked the Creator for the life that He bestowed upon them, and announced to the world that they were a part of all things, and that they would each devote their lives to showing forth the authority of the Creator. As the words of God were spoken, the land became lush and green, all sorts of herbs that could be enjoyed by man sprang forth and broke from the ground, and the mountains and plains became thickly populated by trees and forests…. This barren world, in which there had not been any trace of life, was rapidly covered by a profusion of grass, herbs and trees and overflowing with greenery…. The fragrance of grass and the aroma of the soil spread through the air, and an array of plants began to breathe in tandem with the circulation of the air, and began the process of growing. At the same time, thanks to the words of God and following the thoughts of God, all the plants began the perpetual life cycles in which they grow, blossom, bear fruit, and multiply. They began to strictly adhere to their respective life courses, and began to perform their respective roles among all things…. They were all born, and lived, because of the words of the Creator. They would receive the unceasing provision and nourishment of the Creator, and would always tenaciously survive in every corner of the land in order to show forth the authority and power of the Creator, and they would always show forth the life force bestowed upon them by the Creator….” (from A Continuation of The Word Appears in the Flesh) God’s words enlightened me at once. Grass was created by the Creator, and its life was given by God. Trees, flowers, and grass all came to existence because of the Creator’s words, and began their life course according to the thoughts of the Creator. All of them live under the Creator’s predestination. They have their separate laws of living, and no one can change these laws. This is the unique authority of God.

Almighty God says, “God’s life force can prevail over any power; moreover, it exceeds any power. His life is eternal, His power extraordinary, and His life force not easily overwhelmed by any created being or enemy force. The life force of God exists, and shines its brilliant radiance, regardless of time or place. God’s life remains forever unchanged throughout the upheavals of heaven and earth. All things pass away, but God’s life still remains, for God is the source of the existence of all things, and the root of their existence.” (from The Word Appears in the Flesh) From Almighty God’s words, I finally understood the mystery of the phenomenon “Wildfire does not burn it completely; when spring winds blow, it lives again.” I realized that the Creator’s authority and power are unique. His life force can prevail over any power, which no man can possess or alter or damage, because only God is the source of the life of all things, and the root of their existence. Take the grass created by God for example. No matter whether it is burned, cut, or scooped with shovel, the rule of their life can’t be destroyed. This is their immutable life law. Outwardly, wildfire has burned all the grass. However, through the blowing of spring breeze and the watering of rain, they shoot out buds again. This totally manifests the never-quenching life force given by God. This is the wonder and transcendence of the Creator’s creation. Living in this material world, we all admire scientists very much because they can produce airplanes, cannons, atomic bombs, spacecraft, and many high-technology things. However, they can’t even create a single living thing, for they don’t have the substance and power of life. Only the Creator possesses the substance of life and the authority. So God’s authority can create all creatures and make them filled with vigor and vitality, and at the same time, God commands and holds sovereignty over the miracles that He created.

Previous: Christian Reflections: What Is the Value and Meaning of Life?

Next: I Get Released After Saying Farewell to Exchanging Life for Money

Philemon 1:17 17If you count me therefore a partner, receive him as myself.

By Gengxin Once, to earn a greater profit, I cut corners and used inferior cotton filling to deceive my customers. But as I searched for meaning, I came to realize that the value of our lives isn’t about how much wealth we accrue, but instead is about how t...

Job Loses his Children and Property (Job 1:13-22) And there was a day when his sons and his daughters were eating and drinking wine in their oldest brother’s house: And there came a messenger to Job, and said, The oxen were plowing, and the asses feeding b... 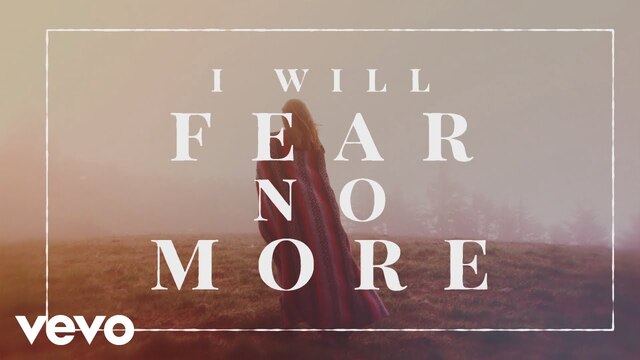 The Afters - I Will Fear No More (Official Lyric Video)

An Old Woman With Intestinal Cancer: She Miraculously Escaped Death by Relying on God (II)

By Liu Wen God Revealed His Almightiness and So I Escaped Death As my relatives thought that I must die of the illness, they all came to the hospital to visit me, and had a discussion about preparing for my passing. When I was about to have the operation... 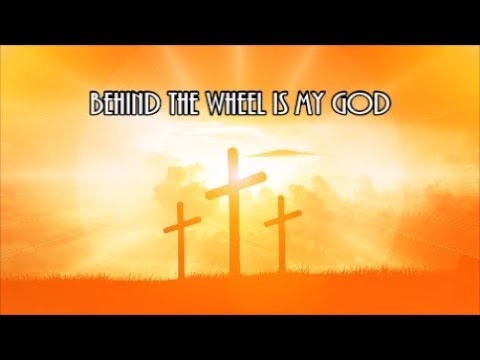 Behind The Wheel Is My God

The Origin of Animals’ Names

When I was a child, I was very curious when hearing grown-ups call various animals, such as lion, tiger, elephant, peacock, cat, dog, rabbit, eagle and so on. How come they are called these names? Who gave names to them? So, I went to ask my grandfather and gr...