How Should We Treat Bible Prophecies in Line With God’s Will?

The Bible says: “Knowing this first, that no prophecy of the scripture is of any private interpretation. For the prophecy came not in old time by the will of man: but holy men of God spoke as they were moved by the Holy Ghost” (2 Peter 1:20–21). “For the letter kills, but the spirit gives life” (2 Corinthians 3:6). These verses tell us that we cannot interpret prophecies literally relying on our conceptions and imaginings, because prophecies are from God, and it is only through the enlightenment of the Holy Spirit that we can understand them. However, before prophecies are fulfilled, it is easy for us to rely on our own notions and interpret them literally. This makes it easy to misinterpret prophecies. And our absurd interpretations will mislead others. For example, when it came to the prophecies about the arrival of the Messiah, the Pharisees relied on their own ideas. Before the Lord Jesus was born, based on the literal meaning of the prophecies in Isaiah 7:14, 9:6-7 and Micah 5:2, they imagined the Messiah’s arrival: The Messiah would be born of a virgin in Bethlehem, and be named Emmanuel; He would grow up in a palace and govern Israel while sitting upon a throne. However, when the prophecies were fulfilled, the way they had imagined Him ended up being at odds with the facts. What they actually saw was: The Lord was born of the married Mary and into a carpenter’s family, and was called Jesus; He came from Nazareth, and in the end was nailed to the cross. This is very different from the literal meaning of the prophecies. Hence, even though they saw that the Lord Jesus’ work and preaching had authority and power, the Pharisees did not acknowledge the Lord Jesus as the promised Messiah. Instead, they even blasphemed the Lord Jesus, saying He depended on the prince of the devils to cast out demons. Thus, they committed the sin of blaspheming against the Holy Spirit, offended the disposition of God, and would never gain the Lord’s forgiveness. And those commoners who had no discernment and believed what the Pharisees said also lost God’s salvation. From this example, we can see that because the Pharisees held on to their imaginings and the literal meaning of the prophecies, they ruined themselves and also others.

With two thousand years having passed, now is the key time for greeting the coming of the Lord. In the Bible, there are many different prophecies about the Lord’s coming and we often explain them in a literal way, so we have many notions about them. For instance, when we see the verses in the Bible about the Lord’s arrival mentioning “at midnight” and “as a thief” (See Revelation 16:15; Matthew 25:6), we are certain from the literal meaning that the Lord will come at midnight. As a result, at night some Christians sleep in their coat and trousers, expecting to be raptured fully dressed. However, when we see that the Bible says, “He comes with clouds; and every eye shall see him” (Revelation 1:7), we take it to literally mean that the Lord will return on a cloud in the daytime to appear to humankind, and everyone will see Him. Consequently, some people frequently look up to the skies, longing for the day that the Lord will suddenly descend among us on a cloud. In short, we have many misconceptions about this topic. God’s words say: “Do you not know that no man can fathom the mysteries of God? Do you not know that no man can explain the words of God? Are you certain, beyond a shadow of a doubt, that you were enlightened and illuminated by the Holy Spirit? Surely it was not that the Holy Spirit showed you in such a direct manner? Was it the Holy Spirit who instructed you, or did your own notions lead you to think so? You said, ‘This was said by God Himself.’ But we cannot use our own notions and minds to measure the words of God.” God’s words tell us that no one can fathom the mysteries of God; relying on our imaginings to interpret prophecies literally is not conformed to the intentions of God, so we should stop imagining scenes of the Lord’s arrival, because we do not know at all how the prophecies will come true before God Himself comes to fulfill them. We are all God’s creations, and so do not know how God will accomplish His work. Even though some prophets spoke some prophecies after receiving God’s revelation, they did not know their true meaning or how they would be fulfilled.

Therefore, in regard to the prophecies of the Lord’s return, we should pray more, have a God-fearing heart and an attitude of seeking humbly. Only thus can we receive the enlightenment of the Holy Spirit and welcome the Lord. The original disciples of the Lord Jesus, such as Peter, John, and Nathanael, did not cling to the literal meaning of the prophecies or compare it with what God did, nor did they establish rules about how God should come, but instead they focused on listening to the truth the Lord Jesus expressed, and saw that His work was full of authority and power and could not be done by anyone else. For this reason, they determined that the Lord Jesus was the coming Messiah, thus welcoming the Lord Jesus and receiving God’s salvation in the end. This is the correct path by which they welcomed the Messiah. Therefore, when it comes to the question of how to treat the Lord’s return, we should be people who open-mindedly seek the truth. If someone bears witness to the Lord’s return, we must not make the same mistake as the Pharisees did—blindly refuse them relying on our imaginings and notions, and the literal meaning of the prophecies—but instead we ourselves should seek and investigate. Only with such a God-revering heart can we have the chance to welcome the Lord and will we come to understand how the prophecies come true almost without realizing it.

Previous: Why Most Jewish People Followed the Pharisees in Condemning the Lord Jesus

Next: What Inspiration Can Job’s Trials Bring to Us? 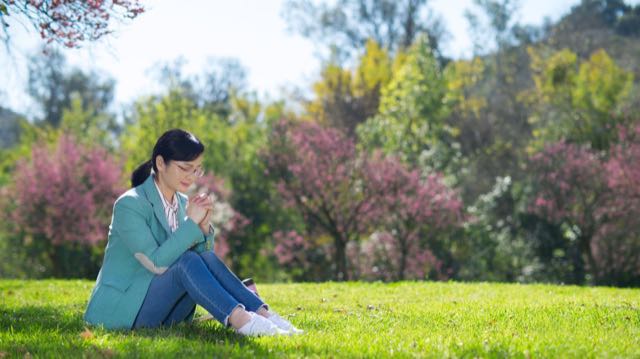 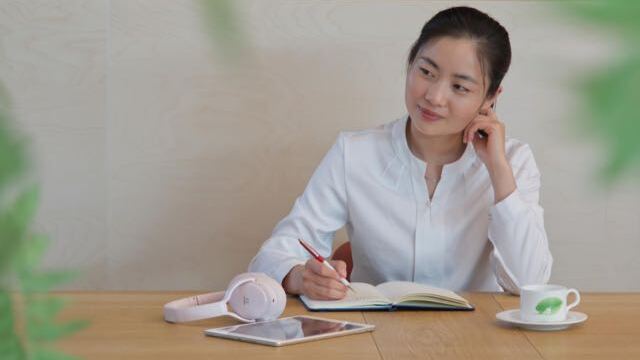 Looking for a Job Abroad: By Relying on God, I Gained More Than a Job

In a Sudden Car Accident, God’s Saved Me 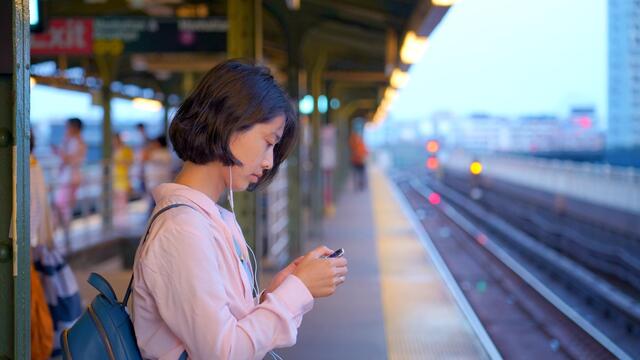 By Relying on God, I Gained More Than a Satisfying Job 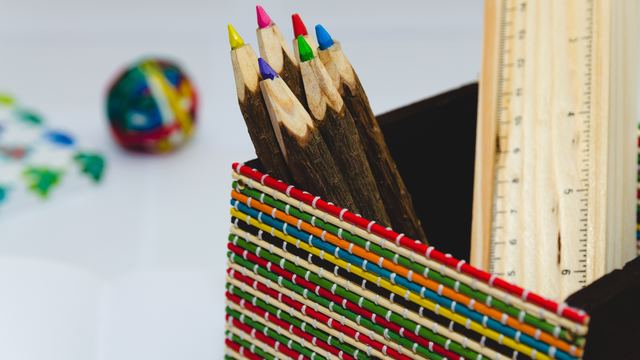 Sufferings and Trials Are Necessary for Our Life’s Growth

I heard a story: A group of colorful and beautiful pencils are about to leave the factory. Then they will go to different places to work and welcome their new life. First, they will suffer being sharpened by knives, because only through that can they begin to...

Revelation 1:9 I John, who also am your brother, and companion in tribulation, and in the kingdom and patience of Jesus Christ, was in the isle that is called Patmos, for the word of God, and for the testimony of Jesus Christ. 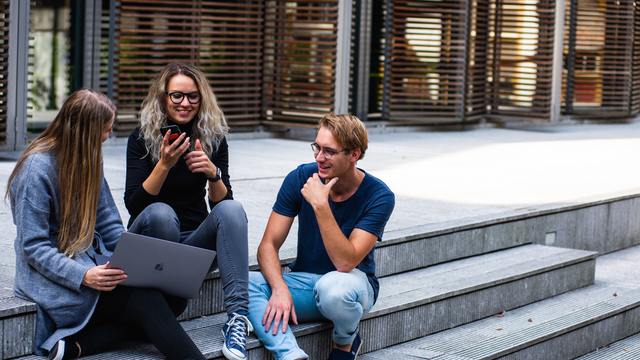 How to Improve Personal Relationships

By Chen Xiaoran One day, I saw a problem on a gospel website, “Recently, there arose some problems in my interpersonal relationship with people around me. I always thought they had opinions and biases about me, and I was also dissatisfied with some ac... 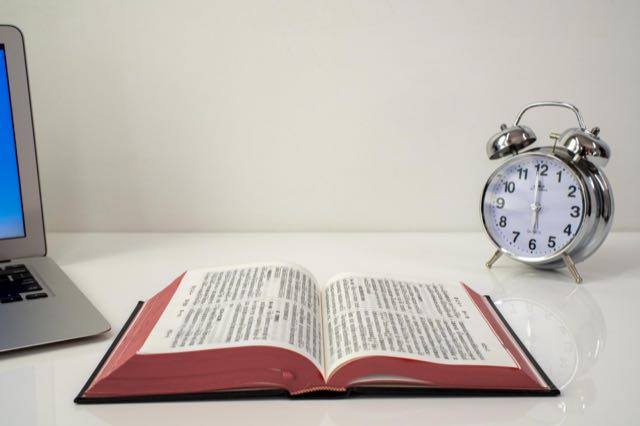 What Does “a Great Sound of a Trumpet” in the Biblical Prophecy Refer To?

By Xiaochen In the recent several gatherings，how to welcome the Lord’s return had been a hot topic. The Lord Jesus said, “And then shall appear the sign of the Son of man in heaven: and then shall all the tribes of the earth mourn, and they shall see the So...