Which Is Greater in Your Heart, God or the Temple?

The Bible records, “But I say to you, That in this place is one greater than the temple. But if you had known what this means, I will have mercy, and not sacrifice, you would not have condemned the guiltless. For the Son of man is Lord even of the sabbath day” (Matthew 12:6-8). When I was a new believer, I read these verses. At that time, I only knew the Lord Jesus was saying this to remind people who lived under the law that He is greater than the temple and that He is Lord of the Sabbath day. Therefore, He could heal patients on that day and He didn’t condemn His disciples who plucked and ate the ears of corn when they went through the corn fields on the Sabbath. Yesterday, I read these verses again. From the fact that He worked on the Sabbath day, I clearly realized the Lord was reminding people who lived under the law that He had done new work outside the temple, and that everyone should depart from the temple to accept His new work.

However, during that time, the Pharisees who slavishly abided by the laws and rules saw the temple as greater than God. Apparently, they served God in the temple and explained the laws to the people, but they only talked about some letters, rules and restrictions. They themselves never complied with the law. And even worse, they renounced God’s law, killing prophets and devouring widows’ houses. Hence, in the eyes of God, all they did had nothing to do with His will and requirements; their service was merely going through the process of sacrificing, and was idol worship. They had no place for God in their hearts for they valued the temple, their status, and livelihood above God and the truth He expressed. As a result, though having heard the Lord Jesus’ preaching, seen various signs and wonders He manifested, and perceived His power and authority and wonderful deeds, they did not at all have the heart to seek the truth or look for a way to be compatible with God. Besides, they judged the Lord Jesus, saying that He was just an ordinary person, condemned Him, and blasphemed that He cast out devils by the prince of the devils. They even joined hands with the Roman government to crucify the Lord Jesus. Ultimately, they were subjected to God’s righteous punishment and curse and were destroyed in hell because they offended His disposition.

Then, let’s turn to the followers of Judaism who were deceived by the Pharisees. They too saw the “temple” as greater than God. For example, they viewed those chief priests, scribes, and Pharisees as greater than God. So, when deceived and incited by the chief priests, they lost the rationality and ground that a believer in God should have. Not only did they fail to stand on the side of the Lord, but they blindly followed the chief priests and yelled out to nail the Lord Jesus to the cross. They lacked penetration into the truth of the hypocrisy of the chief priests, scribes and Pharisees, and didn’t know these people who served God saw their own status and the words of the Bible as greater than the Lord. These so-called “God’s servants,” taking “defending the true way” as camouflage, fabricated various rumors and made up lies to deceive people. They controlled the people firmly in their hands, frantically disturbed and impaired God’s work, and competed with God for people. Therefore, the Jews who followed them also perished and were destroyed in the end.

So, what kind of people are those who honor God as great? I thought of Job. When all of his children died and all of his properties were taken from him, grieved as he was, he didn’t sin with his lips against God but still extolled His name. Job said, “Jehovah gave, and Jehovah has taken away; blessed be the name of Jehovah” (Job 1:21). Job had a place for God in his heart. For Job, his sheep and cattle, wealth and children couldn’t compare with God, because God was the only One in his heart. Job could honor God as great in his heart, so he received greater blessings from God after he underwent the trials. Peter was another example. As he followed the Lord Jesus, he carefully obeyed His voice and acted in accordance with what He demanded. At a critical time, when the soldiers tried to seize the Lord Jesus, Peter rushed over and cut off a soldier’s ear, disregarding his own life to protect the Lord Jesus. From this, I saw Peter loved the Lord more than himself, which cannot be reached by ordinary people. Peter’s actions gained the Lord’s approval. Therefore, the Lord Jesus gave the keys to the kingdom of heaven to Peter and entrusted him with the heavy responsibility of shepherding the churches.

When thinking of this, I prayed to God and reflected: Which is greater in my heart, the “temple” or God? The fact that the Pharisees resisted God gave me a warning. That is, if I believe in God but in my heart I don’t honor Him as great, nor do I know, obey, or worship Christ incarnate, then all that I have done will be in vain in His eyes, no matter how I believe in Him, follow Him, and sacrifice and expend for Him. I should emulate Job and Peter: No matter what trials I encounter, I shall believe in God’s sovereignty and have true faith in Him; no matter how God’s work and word do not conform to my own conceptions and imaginations, I shall put myself aside to obey Him. Only in this way can I become someone who genuinely follows God and honors Him in his heart. Brothers and sisters, let’s honor God as great in our hearts in everything. Then, God’s blessings and grace will surely be with us! 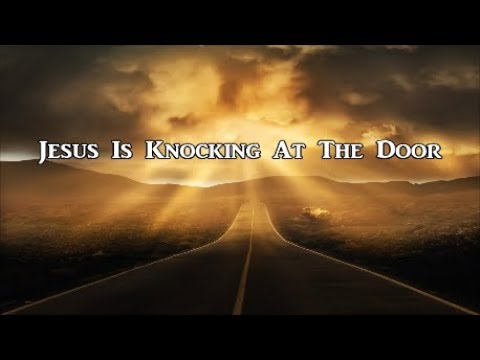 Jesus Is Knocking At The Door

John 16:33 These things I have spoken to you, that in me you might have peace. In the world you shall have tribulation: but be of good cheer; I have overcome the world. 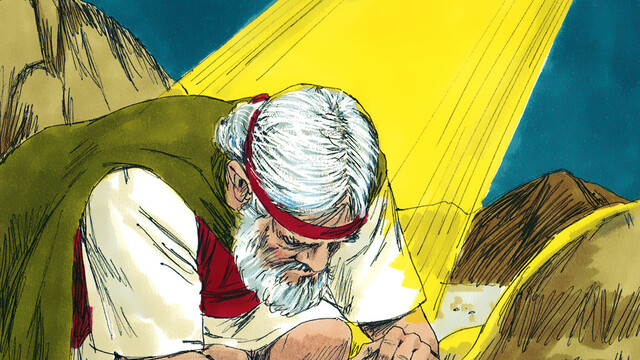 Sweet Publishing/FreeBibleimages.org/CC BY-SA 3.0 God Commissions Joshua - Joshua 1 1 Now after the death of Moses the servant of the LORD it came to pass, that the LORD spoke to Joshua the son of Nun, Moses' minister, saying, 2 Moses my servant is d...

The LORD takes pleasure in them that fear him, in those that hope in his mercy.