Speaking of Job, I believe brothers and sisters in the Lord are familiar with him. We all know some of Job’s stories. He was deeply approved and blessed by God. God’s assessment of Job is, “That there is none like him in the earth, a perfect and an upright man, one that fears God, and eschews evil” (Job 1:8). From it, we can see that Job has borne a resounding testimony for God, and brought comfort to God’s heart.

Every time I read the Book of Job, I was moved by his experience and have always had an ever increasing admiration for him; he lost all of his property and children in just one day, (For reference: Job 1:13-19.) but he did not complain against God at all, instead he responded this way, “Then Job arose, and rent his mantle, and shaved his head, and fell down on the ground, and worshipped, And said, Naked came I out of my mother’s womb, and naked shall I return thither: Jehovah gave, and Jehovah has taken away; blessed be the name of Jehovah” (Job 1:20-21). When undergoing trials, Job had such a calm attitude and profound understanding, which was unattainable to ordinary people indeed.

However, I could not understand the words Job said when he was exceedingly pained, “Let the day perish wherein I was born, and the night in which it was said, There is a man child conceived” (Job 3:3). I was always pondering: God has given us this breath; the time of one’s birth, one’s gender and one’s family, aren’t all things out of God’s predestination and sovereignty? Since it is God’s predestination, wasn’t Job complaining about God? In that case, Job would have borne no witness. But why does God still praise Job and give him great blessings? It really baffled me!

One day, I read some words from a book, which opened up my mind and unraveled the confusion I had for many years, and also let me look at Job in a new light.

These words said, “I often say that God looks within people’s hearts, while people look at people’s exteriors. Because God looks within people’s hearts, He understands their essence, whereas people define other people’s essence based on their exterior. When Job opened his mouth and cursed the day of his birth, this act astonished all the spiritual figures, including the three friends of Job. Man came from God, and should be thankful for the life and flesh, as well as the day of his birth, bestowed upon him by God, and he should not curse them. This is something that ordinary people can understand and conceive. For anyone who follows God, this understanding is sacred and inviolable, and it is a truth that can never change. Job, on the other hand, broke the rules: He cursed the day of his birth. This is an act that ordinary people consider to constitute crossing over into forbidden territory. Not only is Job not entitled to people’s understanding and sympathy, he is also not entitled to God’s forgiveness. At the same time, even more people become doubtful toward Job’s righteousness, for it seemed that God’s favor toward him made Job self-indulgent; it made him so bold and reckless that not only did he not thank God for blessing him and caring for him during his lifetime, but he damned the day of his birth to destruction. What is this, if not opposition to God? Such superficialities provide people with the proof to condemn this act of Job, but who can know what Job was truly thinking at that time? Who can know the reason why Job acted in that way? Only God and Job himself know the inside story and reasons here.

After reading these words, I truly felt shameful and that my views were so shallow. I just looked at the appearance of things, but did not know how many sincere feelings that Job had toward God. Job truly experienced God’s love for him during his trials. The reason why he said like this “Let the day perish wherein I was born, and the night in which it was said, There is a man child conceived,” was that he neither wanted God to be pained by him nor did he want to see God worry about him. Job deeply felt that God is always right by his side and has been accompanying him from the very beginning to the end. When he was harmed by Satan, God’s heart ached very much; when he was tortured and suffered pains, God’s heart was also pained.

In extreme pain, Job did not consider his flesh, but thought of God’s intentions and feelings at all times. He cursed the day of his own birth because of his consideration for and love of God, not complaints about God. Therefore, we can see that Job has true belief in God and a true love of God, which was totally revealed from his words and what he had lived out. Job really deserved the assessment that he was a perfect and an upright man, one that feared God and shunned evil.

Previous: Why Did Job’s Three Friends Have to Sacrifice Before Job (Job 42:7-10)?

Next: Important Message From the Destruction of Sodom

Why gird up the loins of your mind, be sober, and hope to the end for the grace that is to be brought to you at the revelation of Jesus Christ;

And when he was at the place, he said to them, Pray that you enter not into temptation.

The one who is victorious I will make a pillar in the temple of My God, and he will never again leave it. Upon him I will write the name of My God, and the name of the city of My God (the new Jerusalem that comes down out of heaven from My God), and My new nam... 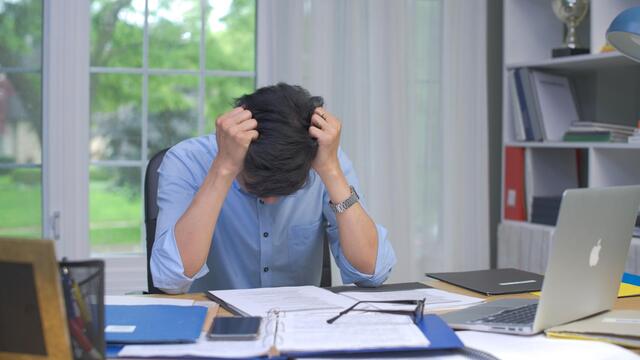 By Xin Jing In a book titled “Small Fable Great Wisdom,” I saw an inspiring little story: A young man determined to have a good career. However, no matter how hard he worked, he always failed. He couldn’t withstand such a blow. Depressed and hopeless, he wa... 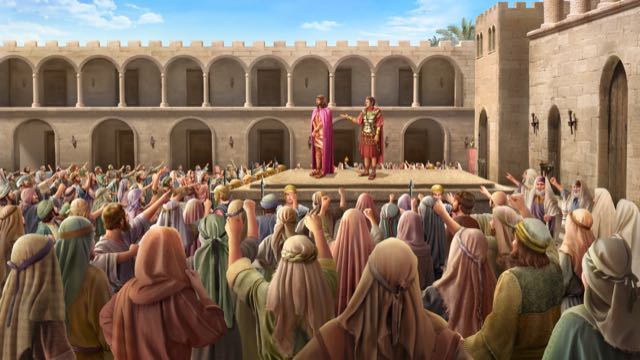 Why Did the Jews Resist the Lord Jesus Along With the Pharisees?

By Cheng Tu One day in 33 A.D., dark clouds loomed over Jerusalem, filling the air with gloom. The Lord Jesus, with a crown of thorns on His head, was standing on the platform where the trial had been held. Off the platform were the angry chief priests, ...